Emerald Hill is one of the most unusual and colorful neighborhoods in Singapore. Located in the very center of the city, ideally suited for a small quiet detour for those who are trying to escape the overcrowded city streets and ever-present shopping malls.

Emerald Hill’s recorded history begins in the early 19th century with the arrival of the first British colonizers and Chinese immigrants to Singapore. They turned the entire area which was fully covered in the primary rainforest to various plantations (pepper, nutmeg, fruit orchards). Unfortunately, numerous plagues that occurred in the 19th century destroyed crops gradually, thus leaving the once fertile soil barren.

With time, the entire area (of over 32 acres) has been rebuilt into a luxurious estate of terraced houses. Art deco architectural styles buildings with large entrance gates, wooden window shutters and, the external spiral staircases were mainly settled by rich Peranakans – descendants of the sixteenth-century Chinese merchants (or people with mix Chinese and Indonesian/Malay heritage) who were often intermediaries between the British and Chinese which as a result brought them wealth and power.

Original and beautifully maintained multi-colored houses on Emerald Hill, provide the perfect balance between the luxury apartment buildings of large skyscrapers and the wide variety of flora. Emerald Street offers unique garden space with a slightly more urban atmosphere. It’s a perfect place to find some peace and quiet and have a short break for a soothing tea in a truly baroque Chinese atmosphere! 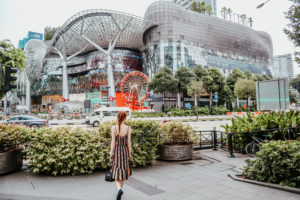 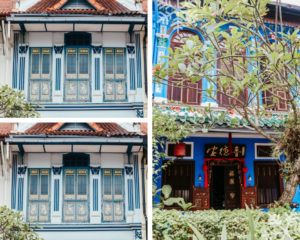 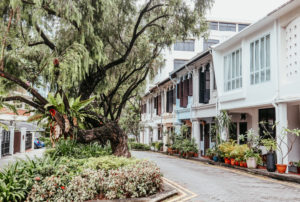 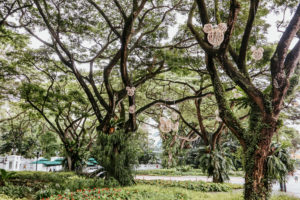 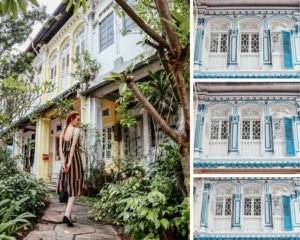 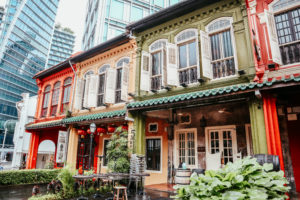 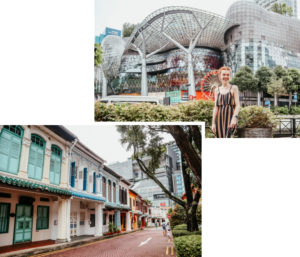 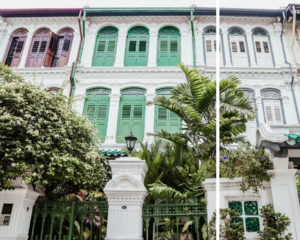 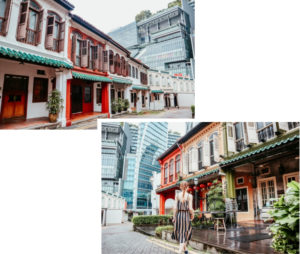 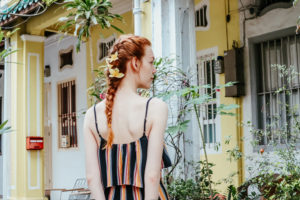