Hinduism is one of the oldest religions in the world that can interest many of us with its unique philosophy. Hinduism does not define its doctrine in any unified way and views on the nature of the deity can be very diverse. Nevertheless, Hindu traditions and rituals are extremely fascinating and filled with multilayered symbols.

Hinduism is based on reincarnation, the law of reaction (karma), respect for holy scripts, and striving for liberation. It is the only polytheist religion (some of its factions) in the world with around 1 billion followers. One of the most important forms of Absolut-Brahman (the original, unlimited existence) is the god Karttikeya, otherwise known as Murugan.

Murugan is a male incarnation of the god of death and war which restores order on earth. The largest statue dedicated to this divine deity is located just a few kilometers north of the center of the Malaysian capital – Kuala Lumpur, in front of the beautiful Batu Caves.

Batu Caves are national treasures of Malaysia, and the proudly rising 43-meter Muragan monument, covered with golden paint, shimmering in the sun, located in the very center of the square, guards the entrance to these mysterious temples.

In order to get to the interior, each visitor must climb the 272 colored stairs, which gives you extra time to contemplate and admire this amazing place. In the middle you can find colorful, small buildings dedicated to the god Murugan, in which much of the faithful practice their beliefs. With bats that fly in the shadows, the interior of limestone caves covered with stalactites and numerous monkeys running around adds to the sacred feeling you get when visiting the devotional Batu Caves. 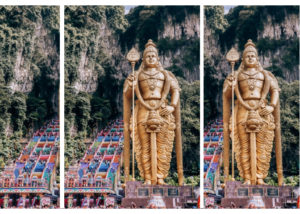 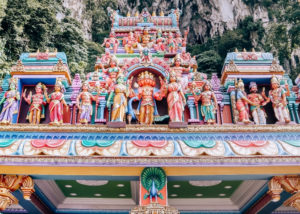 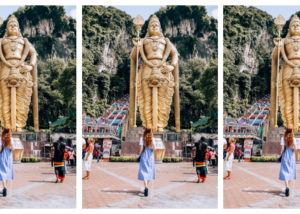 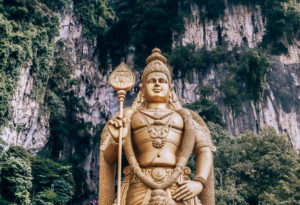 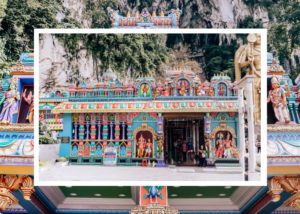 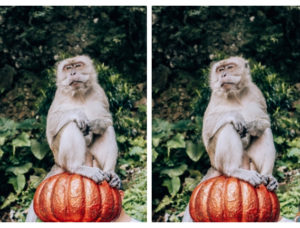 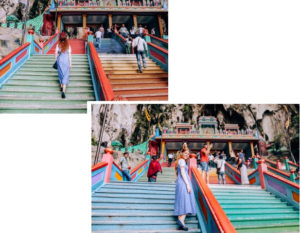 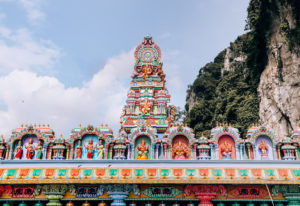 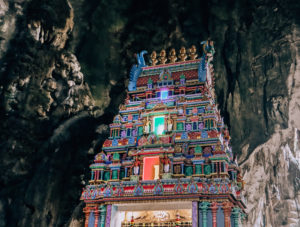 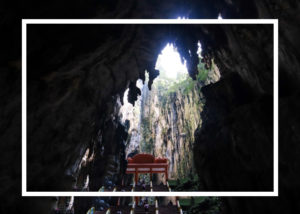 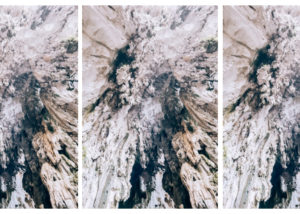 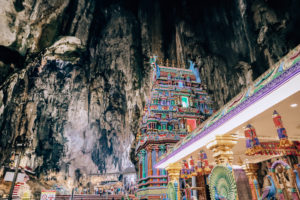 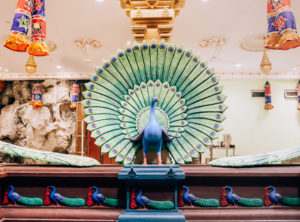 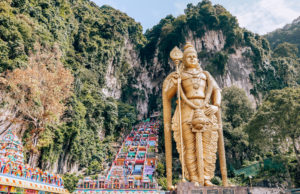