The Namib desert is the oldest desert in the world, stretching over a distance of more than 1300 km along the coast of the Atlantic Ocean, from the southern border of Angola, across the entire territory of Namibia, all the way to the northern part of South Africa. The Namib desert is characterized by spectacular dark-red dunes formed by south-western winds which can reach up to 300 meters in height.

In the Nama language, Namib means giant, as well as in a place without anything. Upon entering the National Park it’s easy to feel as if one is actually in the middle of a scene from the Mad Max movie or on a different planet. The intriguing emptiness, the incredible silence, and hot ocher-colored sand remind the visitors that they are at nature’s mercy and that its rules have to be obeyed, hence the reason why this desert is considered to be one of the most dangerous in the world.

The biggest star of the desert is the famous Dune 45, the name of which comes from being located at the 45th kilometer. It is the only climbable dune in the park. To discover the true beauty of the desert, it’s a good idea to get there before the sunrise or early in the evening when we can delight in the display of colors emerging from the long dark shadows of the dunes. The number 45 is breathtaking, its spectacular beauty leaves a mark on one’s heart long after leaving this surreal place.

Another attraction of the Namib-Naukluft Park, located 1.5 hours drive west from Dune 45 is Dead Vlei – the Valley of Death. This dead marsh was formed on a former wetland. Over 1000 years ago the Tsauchab river spilled its waters all over this region which subsequently had giant acacia trees growing on it. Sadly, over time the desert’s climate became drier which caused the acacia trees to die but the sun-burnt remains emerging from the valley’s clay ground can be admired to this day.

The Valley of Death is a place that everyone should see at least once in their life. The shadow plays in the desert, the colors of dunes changing over the course of the day (brick-red early in the morning, to yellow during the day and rusty-pink late in the evening) as well as the endless horizon making an unforgettable view. It is worth noting that Mother Nature can sometimes be unpredictable, which is why it’s better to go on such a trip with an experienced guide and a large supply of water as the temperature on the Namib desert can often exceed 40 degrees Celsius. 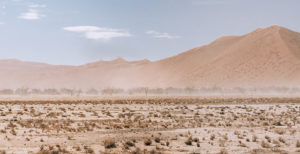 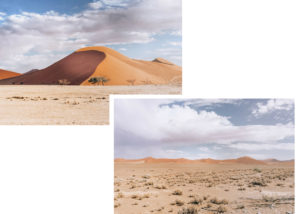 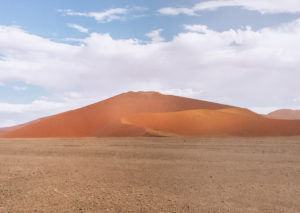 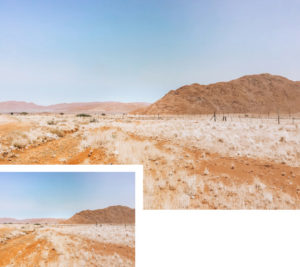 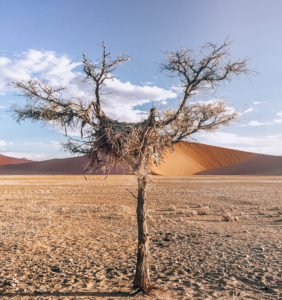 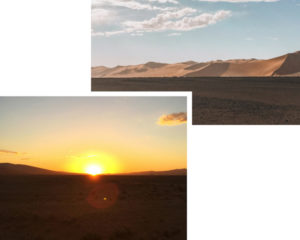 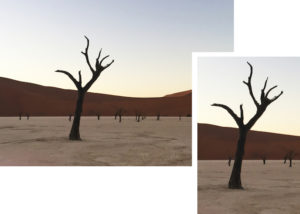 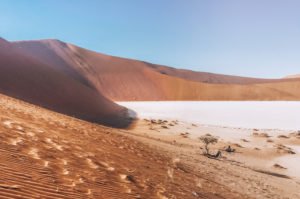 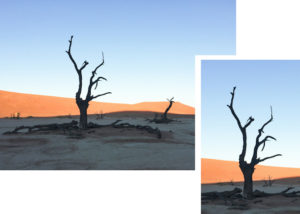 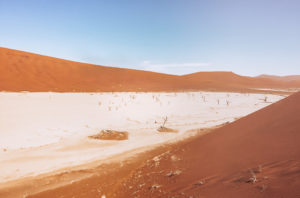 Cheers to all beautiful Ladies!